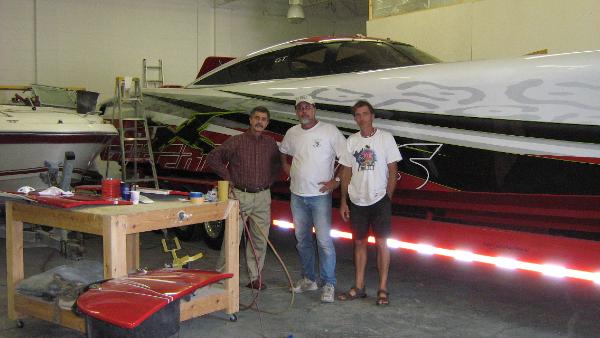 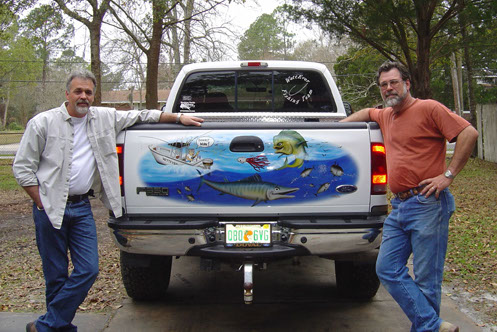 I never really set out to be a "artist/painter" in my life but one of the mediums that I fell in love with early on was the air brush.. It opened the door to so many possibilities and enabled me to paint and create as fast as I could conceive it. A regular brush just took to long. I could not say how many things I have painted in my life, suffice to say I just got tired of taking pictures of them. My Grandfather bought me my first air brush and an air compressor when I was 13 years old. It was like a sugar addict discovering candy. It was a single action Binks Wren. I flat wore that little airbrush out.

Dressing up a friends tail gate, no sneaking around for him any more. 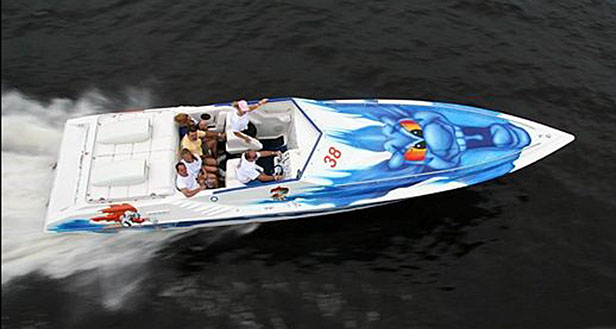 The original sketch for the artwork.   Below is the end result as viewed from the helicopter. 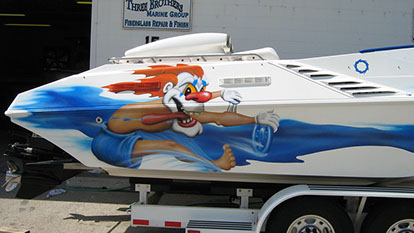 With some help from my son Shawn we came up with a character that matched the persona of the owner and the Spaz Attack was born.  Was quite the sight barefoot skiing across the water at 95 mph. 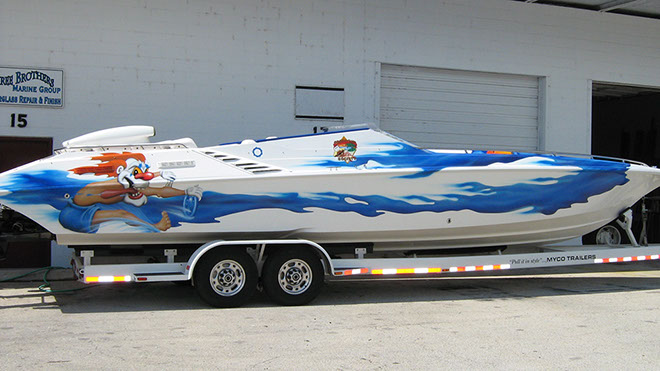 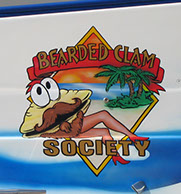 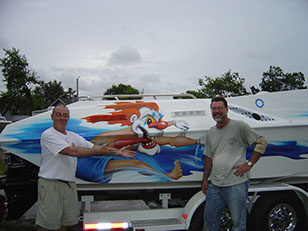 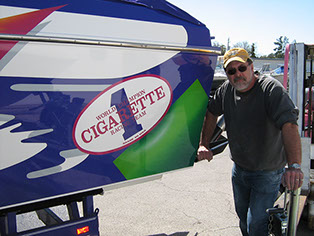 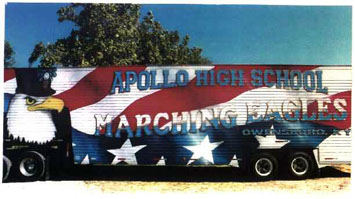 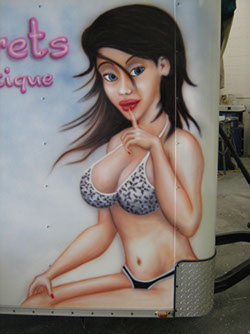 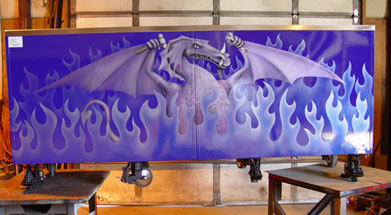 Its funny that all these pictures shown in this website are digital pictures that were saved on my laptop or computer over the last decade and a half. This is not a drop in the bucket compared to the pre-digital era which is represented by 18 large storage boxes stored in my garage full of printed photographs.  The following are just more projects and jobs.  Never could just sit still very long.

The original three brothers from another mother that made up  Three Brothers Marine.

My attempt at pin up art, had quite an audience while painting this one. 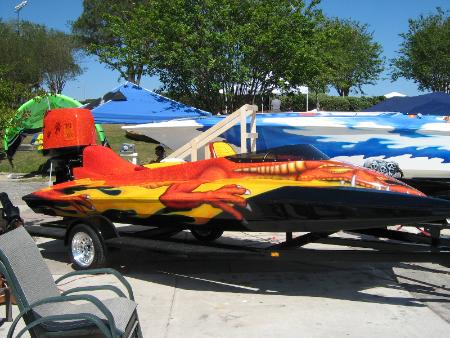 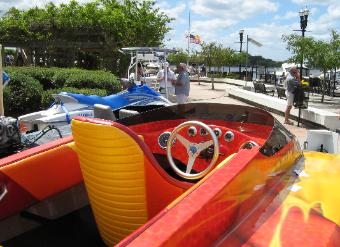 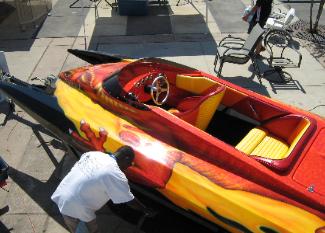 Yes, it was as fast as it looks. Paint by Garrison, custom interior was done by David Anderson. 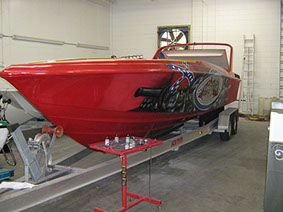 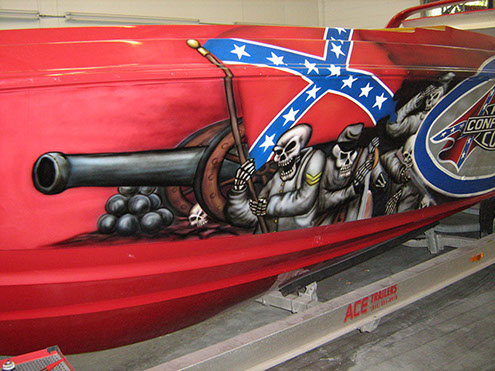 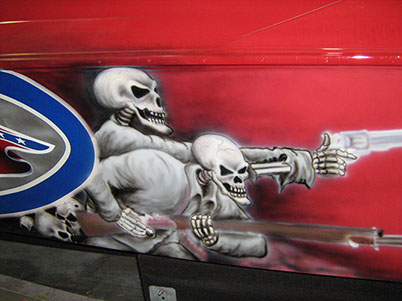 A 26' Wellcraft Nova with a bit of an attitude inside and out....in progress.

Most of these projects were done between 2003 and late 2011. During that time I commanded about 9,ooo sq. ft. of shop in the south side of Jacksonville.

As the economy tanked big projects slowed and by December of 2012 I left the shop for greener pastures. I'm still dabbling a bit but now am more into the artwork it self and getting back to my roots as a cartoonist and animator. Working in the A/C is nice.

In this age of political correctness this might not have been the best theme. It did however fit the owner to a Tee. 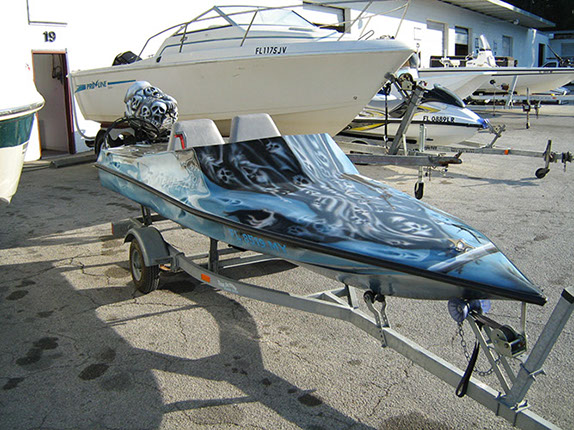 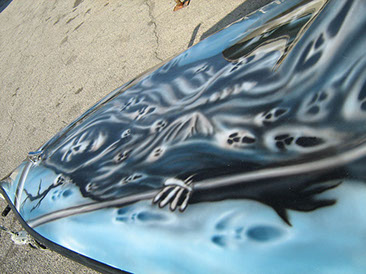 Custom built from the ground up

Was a lot of fun but

I am so big

I had to wear the boat like a pair of pants to use it.. 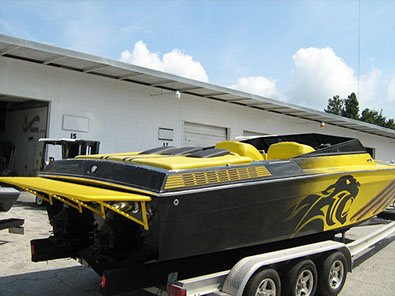 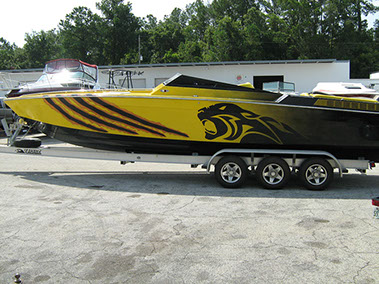 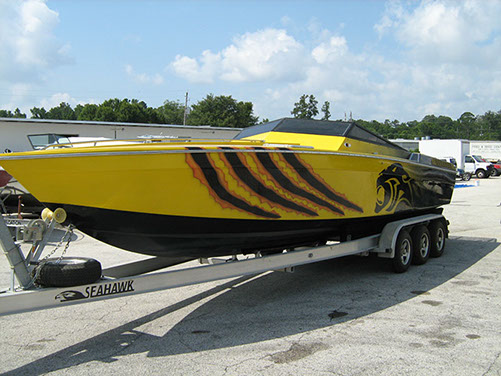